What is a language level survey?

A language level survey is used to determine a person’s language skills. Since the development of language plays an important role in early childhood, various observation methods have been developed. These help educators, parents and doctors to better assess the age-appropriate development of the child.

Observation and Documentation – Why They Are Important

Systematic observation plays an important role in daycare and is the basis of the work. In order to be able to record the observations in everyday life better, various observation methods have been developed to help educators. The results and evaluations of the procedures, in turn, make it easier to develop a plan in the event of abnormalities in order to optimally support the child. This can be individually adapted to the child based on the observation method used. Another advantage is that the documentation of the development makes it easier for parents to talk to them.

There is now a large selection of observation methods for day-care centers. One of them is the SISMIK observation sheet. This was developed individually for migrant children. It is used in the elementary sector in order to be able to specifically observe the development of the language of migrant children as early as kindergarten age. The questionnaire is not only filled out when the child shows the first abnormalities in their language development, but rather beforehand.

The abbreviation stands for “Language behavior and interest in language among migrant children in day-care centers”. The procedure was developed by M. Ulich and T. Mayr in 2003. It can be used by children with a migration background from 3 ½ years of age until they start school . All areas of everyday language behavior are illuminated by various questions and assessed by the educator. There is a similar procedure for children growing up speaking German. This is called SELDAK. The handling of the two sheets is exactly the same. The only difference is in the focus of the questions about the child’s first language. Day care centers for children can order the two observation methods from Verlag Herder. A set contains ten sheets and an accompanying booklet for approx. 7.99 euros.

The observation sheet is divided into four parts :

A six-point scale helps the observer to fill out the form. He ticks how often the behavior applies. A few examples are summarized below:

In addition to the sheets, there is an accompanying booklet. This comprises 24 pages and is automatically included when purchasing ten sheets. It helps the user with the first use and the evaluation of the sheet. Thus, at the end of the day, educators can easily see whether the child has a need for language training or not. There are also examples in the booklet to support, encourage and accompany the child as best as possible in his or her language development. However, if the child has a severe language disorder, the questionnaire is insufficient to diagnose it. In such a case, specialists should be consulted.

Contents of the booklet

First, the concept of SISMIK is described in the booklet and the structure of the observation sheet is explained. The user is explained how best to proceed with the observation and how to start with it. The booklet contains various tips on how to use the procedure. This includes, for example, working together in a team. The next section of the booklet deals with the evaluation of the observation sheet. This is explained using examples. Scales then help to identify whether the child is within the norm or has special needs. In turn, there are hints and tips for everyday kindergarten life for any special needs.

Who is the observation method suitable for?

The SISMIK observation procedure was specially developed for migrant children. It is intended to be used specifically for children who grow up multilingual. It serves the educator as a relief for his observation task. It also makes it easier to set up an individual support plan for the child. In order to see exactly how the language has developed over the years, the questionnaire should be filled out regularly from the age of 3 ½ years . The observation procedure is not intended as an emergency solution if there is an urgent need for action. The observation method is also not intended for diagnostics.

All children from 3 ½ years to school entry who grow up multilingual can be observed with the help of this sheet. This includes all children with a migration background, i.e. repatriates, immigrants, asylum seekers and refugees, as well as children growing up bilingual for other reasons. Even if the child speaks German at home, but his parents speak to him in a different language, it makes sense to use SISMIK.

The concept behind the observation process

Although the observation method was not developed for diagnostic purposes, users can still use the questionnaire to quickly find out whether the child has special needs or not. If educators use the process regularly, they are well sensitized to development progress or stoppages. In this way, a support plan can be drawn up in good time or help can be consulted.

As with most educational documentation processes, the starting point for the procedure is the question “How does normal development work?” The questions in this sheet have been developed over many years and improved and refined through observation. So one can now assume that the questions represent a good basis for the “normal” language development of a child. Many educators have tested the method in their facility with many immigrant children and with its help have been able to increase the children’s interest in language.

The language motivation of migrant children

Language development is very complex and accompanies the child for many years. The child begins to react to the mother’s voice in the womb. So it’s no wonder that learning more than one language is a challenge for children. Yet they deal with it much more easily than we adults do. In fact, researchers suspect that learning a foreign language can only succeed perfectly until puberty. Perfect learning is no longer possible for young adults.

Depending on what a child has experienced, it can still be very difficult for them to learn another language. This has less to do with his ability to learn than with his psyche. After an escape, the child can be severely traumatized. It’s all too understandable why it shows little speech motivation in this situation. However, the child gains learning experiences (also with regard to language) primarily through an interest in language. This requires the motivation to take part in everyday events. With regard to language, this means, for example, taking part in a circle of chairs, conversations, looking at picture books or role-playing games. Many of the questions in the first part of the observation sheet therefore deal with the question of language motivation.

Literacy stands for reading and writing skills. This also includes children’s experiences with books, storytelling and painting the first letters or numbers. Since the sheet is also suitable for preschool children, literacy is an important point in the observation process. The experiences of younger children with literacy also have an impact on their later development in the area of reading and writing.

Furthermore, the child’s language skills are examined in detail in the observation process. This is about the knowledge of German, not about the child’s mother tongue or another foreign language. By asking questions about everyday situations, for example whether the child can retell a story or report something in a circle of chairs, the educator finds out how well the child’s German language skills are progressing. SISMIK deals with very practical questions so that observation in everyday kindergarten life is made easier.

The language within the family of the observed child

The questions in the third part of the observation procedure give the educator a more precise view of the child’s family. This not only gives them a better general picture of the child’s language development, but can also create an individual support plan. For example, does the child only have difficulties with the German language or is it not learning the mother tongue correctly either? The child’s family serves as an aid for the third and fourth parts of the observation procedure. The overall picture must be considered for good language development. Learning German cannot be viewed in isolation from the family situation.

How does the observation sheet work?

The observation sheet consists of four parts (1. Part: Speech behavior in language-relevant situations, Part 2: Linguistic competence in the narrower sense (German), 3rd part: family language of the child, 4th part: family of the child) and the accompanying booklet. The observer should read through the booklet beforehand and also look at the sheet beforehand. The name, date of birth, gender, family language and nationality of the child are entered on the cover of the sheet.

Each of the four parts of the arch is now again divided into different parts. These are spelled out. Behind each is a scale from 1 to 6 to tick. The respective number stands for never to very often. Various behaviors are described for each point, which explains the area in more detail.

G: Viewing picture books as an educational offer in small groups (in German)

H: Reading / storytelling as an educational offer in small groups

I: independent handling of picture books (based on the child, not the educator)

Example: Part 1, A: Breakfast table, “The child actively participates in conversations in German”

O: How the child deals with his or her family language in the facility

P: The view of parents and other adults with the same family language

The fourth part is not further subdivided. For this part, educators need the cooperation of the child’s parents. Taken together, the four parts give a good overview of the development of the child’s language. For this you also need the fourth part, since the child’s mother tongue is part of it. So it is important to fill in and rate the last part as well. 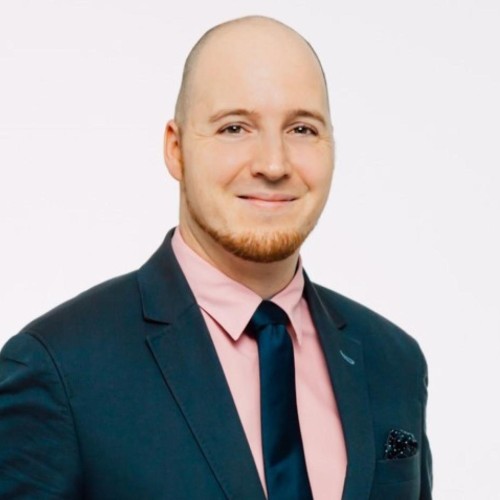 The support of the toddler by the parents

Application as an educator